So I was going to go on this tangent about how this used to be a green/white casual deck I played and how all the good green aura related cards in Magic have been rendered useless thanks to White taking over the enchantment department completely to the point that green isn't worth it but I realized, you don't want to hear about that. So we're going to trudge right along. Or skip right along if you're Auratog. This guy was the original basis behind everything. The adorable ward eater craves aura munchies and it's our job to feed him. No veggies though cuz this deck cut out all the Green. Get it? GET IT?! Yeah... it's not very funny. So let's skip to the next card.

This was the second piece to the puzzle back when it first came out but did you see that top card earlier? Either my link is broken or someone might be wearing fog goggles. Kor Spiritdancer is like a backwards Auratog and a Mesa Enchantress combined. That's freaking awesome. She revived this deck from its ashes right around the time I was planning on revamping it. What are the odds right?

The bottom line is card advantage. Card advantage cranked up to eleven. More than your body has room for. Pumped up to the X-treme without an E because it's that hardcore. Yeah, I think you get the point. The beauty here is that auras would normally be the worst card type due to card disadvantage but this deck eliminates that flaw entirely and goes as far as asking if you would like moar... because moar. 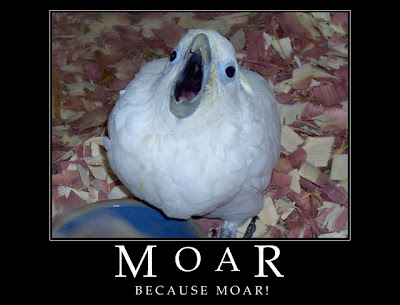 It also has fun tricks. Tricks may be for kids but then you can just headbutt those kids and steal their tricks because your powers are far superior to those of children. After having creatures blown up, because, let's face it, it's going to happen, their auras will go with them to the grave and eventually create a different investment. One cards trash is another cards treasure and in this case, Retether is the recycler. I would make a joke about how this deck is going Green but it got rid of all the green to be a better deck so... shit... that ruined everything! Maybe one day Green will get something nifty and I can edit this thing and FINALLY take advantage of that joke. This used to be part of the combo with Moldervine Cloak's dredge but insert relationship failure joke here. Sorry, I got lazy on the jokes like how Green got lazy with your mom and so last night wasn't as special as they had both planned. I'm talking about a fishing trip. Is anyone following any of this?

So I figured Umbra Mystic sounds like a good idea. Everyone nodding here? So one last creature to add and I figured it should be Kitchen Finks just to remind myself even more about how Green no longer exists in this deck. If graveyard abusing decks are a problem in your neighborhood then I suggest Jotun Grunt. If artifacts are the norm then maybe Kataki, War's Wage suits your tastes? Just put in something that will work. Kitchen Finks is pretty universal here.

So now that we are so beyond sure that this is an aura deck, you're probably wondering where all the auras are?

These are totally up to you. No joke. Go nuts. I will give my list but I am not saying it's the best list ever. It's just a list that works for me and stop judging me!

Spirit Loop - With Rancor probably never having a chance at being reprinted, this works really well for what we need. Ward chomper (Auratog) combos with these Fruit Loops and he loves every minute of it.

Temporal Isolation - Because I like semi-removal in this deck and this is about as close as it gets. If you're confused with the card text, it basically translates to "target creature can't attack or block" at instant speed.

Oblivion Ring/Faith's Fetters/Prison Term - More semi-removal. Choose O-ring if you have to deal with Planeswalkers but be warned that it isn't an aura.

Armored Ascension - We're playing mono white now so why not?

You use all of your Prison Terms and Temporal Isolations to leave them without any good blockers. Then your team swings in for the kill. The opponent declares no blockers and now you can sacrifice all Terms and Isolations to Auratog. He gets a crazy bonus and the game is over before they have the chance to blink.

You purposely sacrifice all enchantments on the field to Auratog and then play Retether.

If you have either the Spiritdancer or Enchantress out and an Auratog, you can play Spirit Loop to draw a card, place it on any creature, then sacrifice it to Auratog to give him a bonus. The card comes back to your hand so you play it again to draw another card and sacrifice it again to Auratog to make his smile that much more creepy. Repeat until satisfied or until you run out of mana.

So how about that decklist?

So make sure to pri-aura-tize and to never use lame puns like I do.

This is Kylak signing out.
Posted by Kylak at 12:45 PM