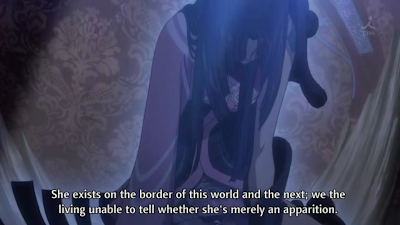 Oichi? Matsunaga Hisahide? Fūma Kotarō? All back in one episode?
HOLY SHIZ!

For those who don't remember:
Oichi = Oda Nobunaga's sister who I swear calls herself Ichi and not Oichi which forces me into spelling her name wrong constantly.
Matsunaga Hisahide = The greedy evil dude from the first season that only got one episode.
Fūma Kotarō = The silent ninja that fought the Tiger of Kai way early on in the first season.

Yukimura investigates the cries of sorrow that echo from the remains of Oda Nobunaga's castle. He runs into Hisahide who plans to drink sake from Nobunaga's skull. Their ideologies clash before Kotarō interrupts Yukimura's attack and sets off bombs to Michael Bay the castle (yes, I just used Michael Bay as a verb). 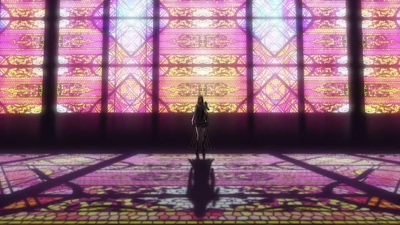 The rest of the summary shall be in list format for no adequately explored reason:

1) Yukimura faces off against Oichi's shadow hands and somebody gets a cameo.
2) We find out the aftermath of Masamune's fight with Hideyoshi.
3) Keiji has flashbacks. Many involve food.
4) Survivors of Oda Nobunaga's army come to take Oichi away.
5) Oyamada looks and acts a little too much like Kojuro.
6) Mouri and Hanbei seal the deal of their alliance.
7) Mouri didn't act like a complete ass this time so I think it's a doppelganger.
8) Chosokabe's parrot would be much kewler if it talked.
9) Michael Bay is officially synonymous with explosions.
10) I'm not even discussing the show anymore so I guess it's time to end this list.

This is Kylak signing out and fighting the temptation to keep adding to the list.
Posted by Kylak at 9:01 PM