Leak Sauce #8 An Overwhelming Stampede of Magic the Gathering Spoilers! 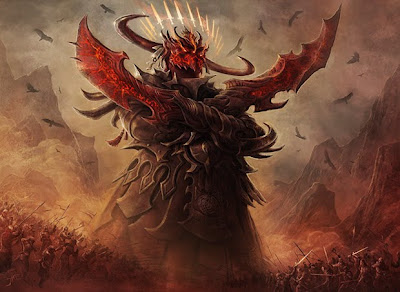 Magic the Gathering has a TON of info and products leaked and I felt like giving the gift that keeps on giving: SPOILERS! Get ready to be slapped in the face with a ton of pictures and info! You know you love it.

EDH = Commander
________________
This is the biggest news of the year in my opinion. The multiplayer format that everyone and their mom apparently plays is finally getting some extra love from the mothership. The best thing about this news is that Wizards of the Coast (WotC) has stated they will NOT be intervening with the game itself. It will remain a player maintained format. Hallelujah!

The big news:
-51 new cards only legal in Vintage and Legacy that are specifically designed for EDH
-New Commanders
-New Preconstructed 100 card EDH Decks for MSRP of $29.99
-Release Date: June 17th, 2011
You can read the full details over here:
http://www.wizards.com/Magic/Magazine/Article.aspx?x=mtg/daily/feature/119k
And take a look below at the previewed "commander": 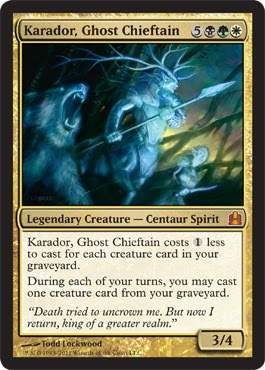 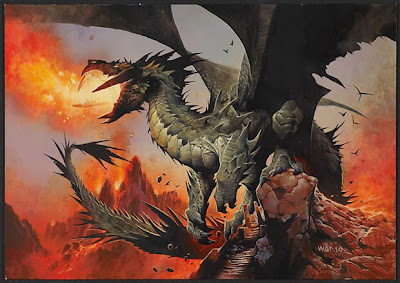 Duel Decks: Ajani VS Nicol Bolas
_________________________________
The only information known is the title thanks to a trademark that someone kindly pointed out. The Alara storyline would suggest that this will be Ajani Vengeant and not Goldmane. That's my guess but only time will tell...


Ultra Pro Products
____________________
New delicious sleeves, deck boxes, and binders have already been previewed for January! Is it just me or do the Phyrexian products look like more effort was put into them? 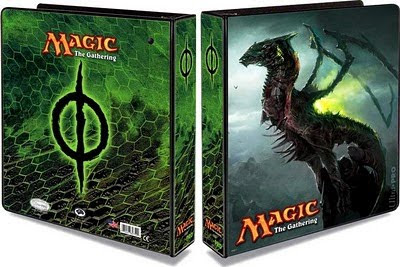 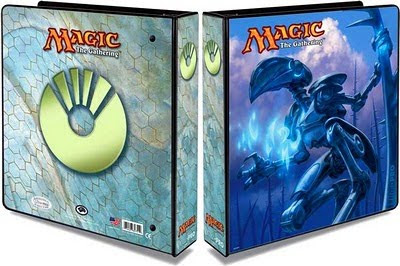 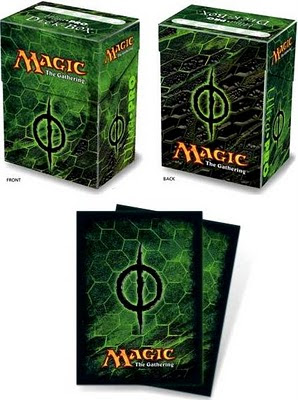 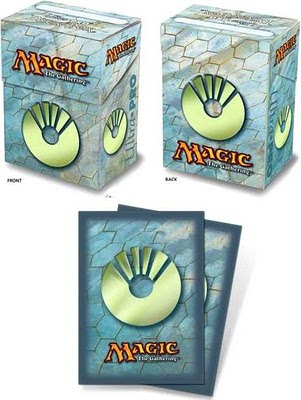 New Tezzeret Art
__________________
This picture has been running around the internet for some time now but I finally decided to share it here now that the main discussion is out of the way. Tezzy has some new artwork leaked and everyone is pretty much hoping it's the art for his new Planeswalker card that should be coming out in the Scars of Mirrodin block (Mirrodin Besieged or later). As you can clearly tell from the picture, he has the power to give the scariest high fives imaginable. 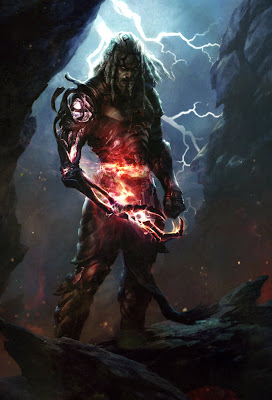 This is Kylak signing out and saving up.
Posted by Kylak at 10:45 PM