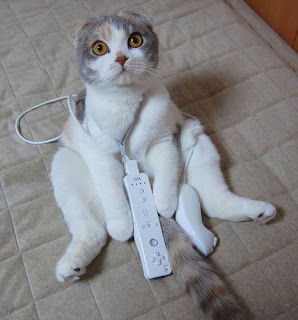 People are often quick to dismiss motion controls entirely as if they're only a gimmick. Some video games have proven that motion controls can create an entirely new genre but what about existing genres? Below are three video game genres that heavily benefit from motion controls in a way traditional controls can't provide. The best part about all of these concepts is that they don't require you to stand up and swing wildly like an ADHD child hopped up on Mountain Dew. Let's take a look.

1) Shooters
The Wii proved that not only rail shooters benefit from motion controls but third-person shooters could be improved as well. Notable examples include Umbrella Chronicles and Resident Evil 4. The PS3 and Xbox360 went a step further and proved that even first-person shooters had an advantage with titles like Killzone 3 and Child of Eden. With proper use and calibration of the motion control, 1:1 ratio movement (as in, it moves at the same time as you) is possible and incredibly awesome.

2) Strategy
Most types of strategy games have always suffered or were simply never ported to consoles simply because the mouse is always a better tool for those types of games. That's an entire genre that console gamers don't get to enjoy because it simply wasn't possible. Look to Shogun 2: Total War if you want an example of a solid turn-based strategy game. Motion controllers fix all of this as you now have a handy dandy mouse-wand device. Strategy games can finally be utilized on consoles which opens up new doors to game developers and gamers alike.

Something to note to developers: while turn-based strategy games are viable it might not be possible for most real-time strategy games to be implemented if they require a large set of hotkeys or keyboard controls. Motion controllers do have tactile buttons and the PS3 and Wii have two separate controllers to help in this endeavor but if the number of hotkeys runs high then it probably isn't worth the effort.

3) Adventure
The point and click genre (games like Myst) is a rather obvious choice but what about other styles of adventure games? Legend of Zelda: Skyward Sword has proven even in demos that magical items, swordplay, shooting arrows, or just about any other game mechanic can be executed in an interesting and fun way that isn't possible with regular controls. Take a look at the Skyward Sword trailers to see what I'm talking about. Here's a link to the GDC trailer (I also recommend watching the 2010 and 2011 trailers that show off even more of the gameplay): http://www.youtube.com/watch?v=uKUn5ESdK4s

Something to note to developers: Take cues from the different Zelda games on the Wii. If it's a shorter game then having the players swing wildly might be an option but that just isn't possible in the majority of adventure games. In Twilight Princess it was possible to use minimal swinging movement or long focused gestures and your arms would never ache throughout the 50+ hours of the game. In Skyward Sword, precision is rewarded instead of swinging blindly and rapidly. Both of these implementations never force the player to stop playing the game out of tiredness or soreness which is crucial for console gaming where experiences are typically for long durations. Make sure to guide the player in the style of movement that's best for your game or else players will naturally attempt to swing wildly and be forced to quit playing. If that happens then they might not want to finish your game because of it.

This is Kylak signing out and warning you that I swing like a berserker. Stand back!
Posted by Kylak at 10:40 PM