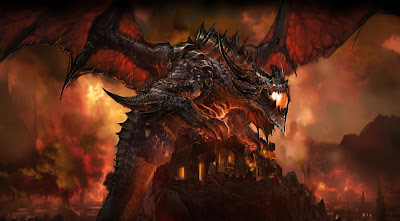 This time around we're going with a Dragon theme.

11) The group has to protect and raise a baby dragon.
12) A shapeshifting dragon manipulates the politics of two nations in the disguises of a Human King and a Tiefling Lord.
13) An immortal dragonborn desires death in battle.
14) Dragon nests are being hunted down for profit and to minimize the dragon threat. Will the group side with the hunters and villagers or the dragons?
15) A powerful shaman that’s dedicated his life to dragonkind worships a diabolical dragon who desires to become a god. He’s ordered to protect a magical seal from being disturbed by trespassers such as the party (*cough* Sarkhan Vol *cough*).
16) A dragon rescues the group but wants something in return.
17) The group stumbles upon a dragon’s hoard. She’ll spare their lives if they’ll bring her priceless artifacts to add to her treasures.
18) A city of Dragonborn is under attack by Lizardfolk.
19) The group must find seven ancient artifacts that are scattered across the world to summon a mystical dragon that can grant wishes (totally original idea that you’ve never heard of).
20) Two words: Dragon Riders.

This is Kylak signing out and hoping some of these ideas breathe some fire... err I mean life into your worlds.
Posted by Kylak at 12:42 PM