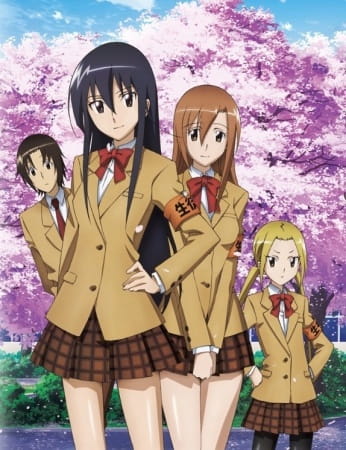 I’m going to keep this short because there isn’t much to say about Seitokai Yakuindomo. It knows what it is and it only does what it knows: It’s a student council comedy show with lots of perverse humor split up into short scenes. All of the humor is hit or miss and while I’m personally not a fan of ecchi humor, I can honestly say that it never went too far and never managed to turn me away. Most of the cast is never fleshed out but they’re an interesting bunch to say the least and it’s not really a show that’s meant to have fully fleshed out characters since comedy is the focus. The verdict: I can’t recommend the show to most as there are better comedy shows out there but if you’ve exhausted your other resources or you simply just love perverted humor then this is the show for you.

This is Kylak signing out and sadly leaving you with the shortest of reviews this time around.
Posted by Kylak at 2:51 PM