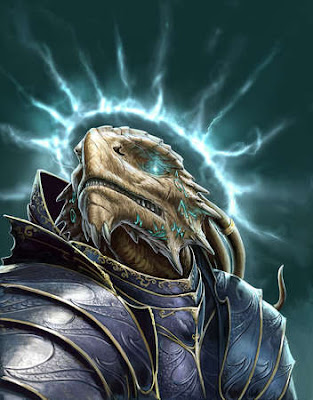 This week's theme: Deities (with half the calories)

41) One of Bahamut's noble Paladins has been captured. The group has seven days to rescue him before his public execution.
42) An entire island is being infested with undead. The Raven Queen calls upon anyone who can put them to rest, solve what the source of this was, and put an end to it.
43) A festival is being held to celebrate Spring and Corellon.
44) The group discovers a tome, deep within a dungeon, with missing pages. It seems impossible to decipher but they discern that it may be important to Ioun.
45) A new and magnificent kingdom is being created in the honor of Moradin. The group is hired to protect the villagers until they've completed their project.
46) A menacing warlord has taken over a kingdom in the name of Bane and already has his sights on another. He commands an army of constructs that are marching their way to their next target.
47) Worshipers of Vecna are attempting to uncover an artifact that may hold a dark secret that would aid Vecna in his goals. The group will need to solve the clues of where the artifact is hidden in order to prevent these worshipers from succeeding.
48) A male drow has become a cleric of Avandra and escaped the Underdark. Lolth is enraged and has ordered for him to be killed as an example of those who would dare go against her will. The party must protect this drow and find a place where he can remain safe.
49) After the group prevents an assassination attempt, the yuan-ti assassin kills herself to prevent being interrogated. A tattoo of the mark of Zehir is the only clue the group has.
50) The players find an abandoned temple that shows no signs of which deity it was built for. The shrine contains a hidden passage underground that leads to something horrifying.

This is Kylak signing out and hoping you get struck by divine inspiration.
Posted by Kylak at 1:11 PM