State of the Articles 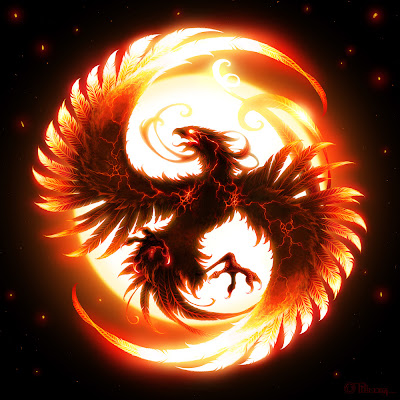 Wow! We’re nearing the two year mark and there are over 200 posts on this site! Everyone, give yourselves a pat on the back. You deserve it. You’ve had to put up with me for that long and I’m not going anywhere so we’re in this for the long haul. Yeah I’ve been kind of quiet and posts have been sporadic lately but I’m working on that. So let’s discuss one of the many issues holding this site back at the moment that needs more attention than a dog that’s been sitting at home all day waiting for its owner: the articles.

There was one constant on this site that’s been true since the beginning and that is geeky related posts that fit into some coherent series of articles (just because my words can be incoherent doesn’t mean the posts need to suffer the same fate). This was a sweet deal because it gave everyone something to look forward to while giving me some kind of ground to stand on and build upon. If a reader stumbled upon Reverse Dungeoneering #10 then they might want to read the entire series and then have a suggestion for a future article. This helped us all stay organized and on the same page. If you wanted a post about Video Games then you wouldn’t be looking through the MTG posts in the first place. Easy enough right?

So now we have a new issue glaring over our heads. What if one of these series couldn’t be worked on? Dun dun DUUUUUUNN! The horror! It’s more likely than you think. Let’s take a look at what’s going on with each series:

Leak Sauce (News posts)
Status: Cadaverific
You may have noticed that I haven’t made one in quite some time. That’s because I’ve found less and less of a reason to waste energy on these. News posts require that I tackle the geeky news and post about it within seconds of it being released. I also need to have a reason to post about it and my own original spin or take on the topic. Otherwise it’s just a regular post you could find anywhere else on the web and I’m not a fan of that. There are enough blogs out there and far too many “news” sites that already do this. Unless you request it because you want my opinion on it, it’s probably not gonna happen.

Decklist Ex Machina (Magic decklists)
Status: In cold storage
Ever since I left the college grounds I’ve had other things to concern my time with. I’ve also had an infinitely less likely chance of being able to play magic with anyone. I can’t actually test decklists out right now so the reliable lists are shot in the foot. The other lists that I post that are just fun ideas taken to the extreme can still be posted but ideas are typically formed when I’m actually playing the game. I can’t play at all right now so I can’t form crazy ideas. If you have a crazy idea then I’ll make it into a real decklist for you and post it but other than that… these posts are taking a break.

MTG Tips (Magic advice)
Status: Jogging slowly
This one has been slowing down in what usefulness I can bring to help Magic players out. There was a huge focus on intermediate level Magic so I can still help the beginner level and discuss strategies and deckbuilding. I imagine this one still going on for at least a year (maybe two if I’m lucky) before I run out of ideas but I can see an end to that tunnel and I’m not fond of that.

Vorthos Trainwreck (Magic story humor)
Status: In the Laboratory
This is an oddball in that it was created from one of the first posts on the site. It’s been transformed actually into a modified version. For those wondering: this is being made into a video series now. It’s no longer going to be purely written articles. The biggest problem with that is I have to rely on an artist’s time schedule (artists are always busy). The script is written and the opening scenes are already drawn but that’s about it. After I’m given the finished scenes to work with, I can synch the images up with the voice work and then edit the finishing touches before posting it. My artist is away for over a month right now so don’t expect to see that anytime soon.

VG Talk (Video Game discussion)
Status: Alive and kicking
This is currently the only video game series of articles on the site (that needs to be fixed… any suggestions?). There will always be things to discuss but I find myself killing off article ideas faster than I can write them. I’ve had around 20 ideas for this article series buried for different reasons but at the same time I have 10 more that I could easily write and so this will continue on.

Wicked Anime Reviews (Anime reviews)
Status: It’s allliiiivve!
This is one of the few that I’ve found a system for after a lot of experimentation and even if the Anime Industry were to turn to dust, I’d still have thousands of Anime to cover for this. It’s the only Anime series on the site and I plan to fix that in the future. The only reason it might go away is if I create an entirely new format that would basically be the same thing (anime reviews) but with a different look.

Critical Playtesting (D&D Classes and Races)
Status: Hmmm... probably dead
Between D&D Next discussion and D&D fans being more separated than ever thanks to the “editions war” going on, I have less and less reason to write these. At this point, if there happens to be a class you want me to write about then let me know but otherwise I have no need to continue on with these.

D&D Story Seeds (D&D Adventure Hooks)
Status: Slow and steady
These will continue to transform and roll out but not in a very Michael Bay kind of way. My plan is to take my time and reach the 100 mark (to clarify: 100 story seeds which would only be 10 articles total due to them each having 10 seeds in them) before I figure out if people care enough for it to continue. So far they aren’t that popular but they also don’t have a lot of eyes on them either. I imagine they could gain ground in the future but for now let’s just get to that number ten.

To summarize: 9 Series total. 2 are dead, 2 are inactive, 2 are going slower now, and 3 are left running at full steam. The future is one thing but that doesn’t leave me a lot of options for the present.

So if you have suggestions for these articles or an entirely new series then PLEASE comment below.

The future: I want to work on more than just written work and focus on audio and visual as well. I’d like for there to be webcomics, podcasts, and videos on this site that myself and others have worked on but that does require teams of people. If you want to be a part of something then let me know and we’ll discuss it. I’m leaving this post up for at least a week or more to get the message out there so thank you for being patient everyone.
Posted by Kylak at 5:24 AM