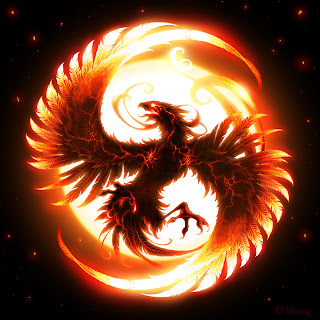 Kylak! You fiend! You haven't updated this blasted site since November. You are the lowest of the low! A most despicable creature indeed.

This isn't a site about me or any of the happenings in my personal life but I imagine many are curious as to why I've been away and I would gather that an explanation is in order. The short version? Holidays quickly translated into visiting family which meant that half the time I didn't even have an internet connection to speak of. Then we were involved in a car accident... that's the holy shit part of the title (don't worry, everyone involved is safe). Last but not least, I somehow cultivated all the germs and bacteria I had gathered, from being in the outside world after visiting so many people, into a single new substance that seemed to form a Voltron-esque harbinger of sickness. To contain the virus, so as not to cause a zombie apocalypse, I isolated myself in a cave with only a PS3 as my companion to pass the time. Then I got suckered into playing a certain MMO again and here we are. Look how time flies... or dies as it were.

That's just the short version but needless to say, there were many obstacles keeping me away from bashing my face against a keyboard and creating words for you to read. Things seem mostly back to normal so I've already started work on the next... pfffttt... I dunno... 20 or so articles? Something close to that number. I'm apparently not capable of working on a single article at a time. It's just not physically possible. Updates will be sporadic for awhile but they will exist!