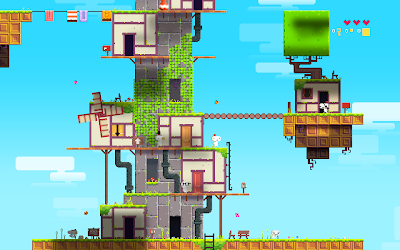 It's debatable but I imagine the single most important thing that Sony did at E3 and Gamescom was show their love for game developers. They could have easily just jumped up on stage, pointed at all of their first-party developers, showed some trailers, and dropped the mic. That's all we expected of them but they definitely hit the right notes by showing an appreciation for all developers rather than just the devs under their wing. Their actions spoke volumes when they had several indie developers on stage with them. There was a clear message to take away from it: "Look at these amazing developers. They're just as important to the future of gaming as any Triple-A studio and they're standing with us." Now that's how you drop a mic! The kind of drop that you have to clean up after because it's everywhere and you can't wash the smell away no matter how hard you try... and what was I talking about again? Oh yeah! Indie games.

There are those out there that aren't sure what an indie developer is or why they're important so let's delve into that a bit. The boring and technical definition is that an indie developer is a developer without a publisher. That's really all it takes. It's that simple. They're typically small development teams on a tight budget with a lot of passion. The reason they're crucial to the games industry at this point is that they're willing to take risks. While they don't have a publisher handing them tons of money, they also don't have that same publisher breathing down their necks and forcing them to make awkward decisions. They have total freedom to crash into the sun as they please.

Compare this to the Triple-A studios that play it safe (we've discussed this previously: Why the Gaming Industry is Playing it Safe) and it's hard to blame them really. Games cost more to make than ever before and even a successful game sometimes just isn't enough to keep a company afloat. L.A. Noire and Kingdoms of Amalur are recent examples of that. 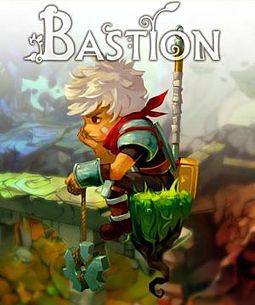 That's really the bottom line here: risk. We need creators that will take risks just like every other medium. Where would film or literature be without people taking risks? The best part is, we can't ignore indie developers any longer. They're making games that are arguably better than most Triple-A titles and some are winning multiple game of the year awards to prove it. To name a few notable titles: Journey, Minecraft, Unfinished Swan, Braid, Limbo, Bastion, The Lone Survivor, Dear Esther, Superbrothers: Sword and Sworcery EP, Hotline Miami, Guacamelee, Super Meat Boy, Mark of the Ninja, Fez, The Walking Dead, Amnesia: The Dark Descent, Cave Story, Thomas Was Alone, and obviously the list just keeps going until you're reading it out loud in a monotone voice.

So what makes Sony so different? Why are indie devs giving Sony so much attention? Well, for starters, Sony was the first to allow developers to self-publish. Microsoft has recently seen the light and has changed their policies on self-publishing to match Sony's but there's a bit more to it than that. The developers of the upcoming PS4 title War Thunder were interviewed (here) and asked about their thoughts on why they're developing for the PS4 and not the Xbox One. The devs pointed out that even though the PS4 is a more powerful machine, it's the policies that made them stay.

Sony is making it easy to utilize cross-platform gaming (as in PS4 & PC gamers playing together in happy harmony), they're allowing simultaneous updates between both versions of the game, there is no need for Sony's approval on individual updates, and they're making it very clear what options developers have for their online free-to-play games. Microsoft either isn't allowing these features or isn't stating what their plans are and it's driving away many developers. 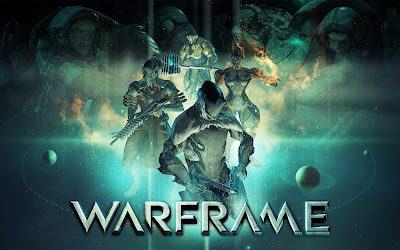 So what are some of the indie games already announced for the PS4? The list keeps growing every week so the list will be outdated shortly after you read this but that's actually totally awesome.


Be ready for the indie scene to be a major factor for next-gen consoles.

This is Kylak signing out from list exhaustion.
Posted by Kylak at 11:18 AM 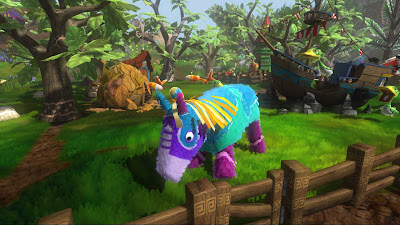 Writing about PS4 or Xbox One news is just like playing a violent game of piñata. Everyone playing the "news game" is blindfolded and forced to swing wildly while their drunken dads raise and lower the piñata until someone gets flogged accidentally. Then there's blood everywhere! Oh... wait.. not blood... Candy! Yes, I totally meant candy.

The new consoles are the candy prize at the end and every site and their mom is trying to figure out what the real story is. You could swing the bat and post, "Xbox One's Kinect is always on" at one moment and the next find yourself swinging at thin air because the piñata was hoisted up once again to prove you wrong. Thanks dad! And why is your name suspiciously Mike Roesoft?

For those deeply confused and not keeping up with the word on the streets: everything revealed about the Xbox One at E3 has completely changed drastically and constantly to the point that no one is really sure what the real facts are at this point. We think we know but what if that changes again tomorrow? I watched the E3 coverage during the livestreams to see the event unfold as the news was pouring in and I was originally going to have an article up that week about my thoughts on all the madness. Kinect is always on? Xbox One is $100 more expensive? You have to keep the box online at all times or else they'll punish you by not letting you play any games at all? You can't sell your games back or buy used games? You can't even let your friends borrow games without Microsoft's permission? Developers can't even self-publish their own games? The list depressingly goes on. It was as if Microsoft had planned to pick every terrible decision imaginable out of a hat and then made that their idea for a presentation. Everyone stood dumbfounded hoping that Ashton Kutcher would show up and tell us we just got punk'd (which let's face it, that's the only time you ever want to see Ashton Kutcher).

Then Microsoft played a very particular game you might have heard of: Backpedaling. They're really good at it. They've taken first place and already unlocked all the achievements for that game imaginable. They haven't held a firm stance on anything and now that Gamescom is over (it's like E3's little brother) we're back to square one... almost. Before all of this, the choice was pretty obvious. Next-gen you were going to be buying the PS4 or shoot yourself in the foot. There was no other option. PS4 or a loaded gun. Take your pick. Microsoft had ruined their chances in the race on so many levels that it was made a mockery across the internet a thousand times over. Now things seem closer... but is that enough? Even with all the backpedaling and changing of policies and hardware, even now that all of those awful things I listed earlier are no longer the reality, does Microsoft still stand a chance?

It's surprisingly tough to say.

It might be insane to imagine for a hardcore gamer at this point but a vast majority of console owners might still buy the Xbox One. It's still the main console everyone associates Call of Duty with and Call of Duty is still the sales-topping-monster it's always been. Microsoft did an amazing job at crafting a community during this current-gen (even if that community is known for screaming enough death threats over a microphone that they should probably be in jail) and making people care about their gamerscore while playing passively and actively online with their friends. That won't change and for some, that's all they really want out of a console and so they'll stick with what they know (and there is nothing wrong with that decision). Add to that the fact that their next-gen console no longer looks like you're literally buying Pandora's box ("jar" if you wanna get uptight) of various evils and assfuckery, things could still swing in their favor.

Let me make this abundantly clear here: I've never been a "fanboy" of one console. I love Sony, Nintendo, Microsoft, and PC to death. I see the good in all of them. Listing all of their pros and cons would be another article, or more, entirely (and it might be). I don't want to rip Microsoft apart at all here but it's really difficult NOT to. The key factor here is, their original "business plan" shat on the customer and it even shat on developers. They didn't have our best interests in mind and it was insulting. Businesses are being held more accountable every day thanks to the long arm of the internet and that's just how the ball bounces now. If your business is going to insult its customers (and even its fellow business partners), be prepared for them to point it out with giant photoshopped .jpegs and .gif images that they'll plaster on every social media wall imaginable (right next to some pictures of cats doing mundane tasks). It's difficult to trust them and continue playing this game of piñata with a blindfold on any longer.

On the other end of the spectrum we have to give them some credit don't we? They heard they were making colossal mistakes and they turned the ship around and have been trying to fix every bullet point thrown at them. Can you imagine stepping into their shoes and just how expensive it would be to make such drastic changes this close to launch?

So that's just the basics of the basics for the next-gen juggernauts. My advice? Stay informed and don't over-analyze loose and complex metaphors about piñatas or else they'll fall apart and suddenly the joke will no longer make any sense at all.

This is Kylak signing out and passing around candy in the hopes that you won't beat me to death with a stick.
Posted by Kylak at 4:40 AM